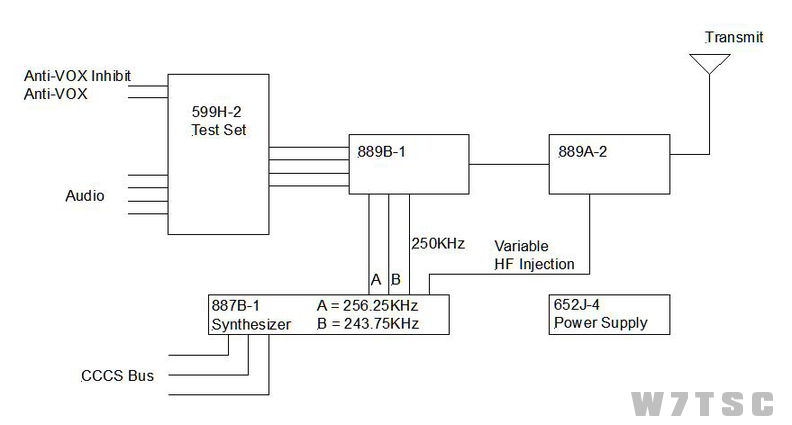 The continuous voltage oscillator section is enabled by 120VAC applied when that circuit breaker is placed in ON position.

888B-1 - IF to RF Translator
Contains the RF translator (No Preselector) and converts IF to RF
- Converts 250KHz +/- 6.29KHz to window frequency


Receiver slices 887B-1 and 652J-4 can be interchanged with the same Transmitter slices.

- Main Breaker applies power to the rack
- RCV Breaker applies power to the 652J-4 to turn on continuous voltages (Blower Breaker must also be ON)
- Enable Receiver at OK-145 Control head
- When positive air pressure is felt (from the blower) interlock 1A31A6 closes providing ground to Control switched voltages in the 652J-4.
- Voltages are then routed to individual areas

System will NOT Tune Complete until the PA does.